It feels incredibly refreshing, starting to arrive early in the office like what happened in my early years of working here (I mean, until the midyear of 2016 I still arrive at the office before 7 AM sharp). Don't get me wrong, my office has a flexible entry time ranging from 7 AM to 7.30 AM so when I say I don't arrive early, it means I arrived like 7.30 AM-ish. And then this noon I received this job-anniversary certificate, stating that I've been working here for five years.

Wow! If they include those OJT year it supposed to be 6 years, no? How time flies... 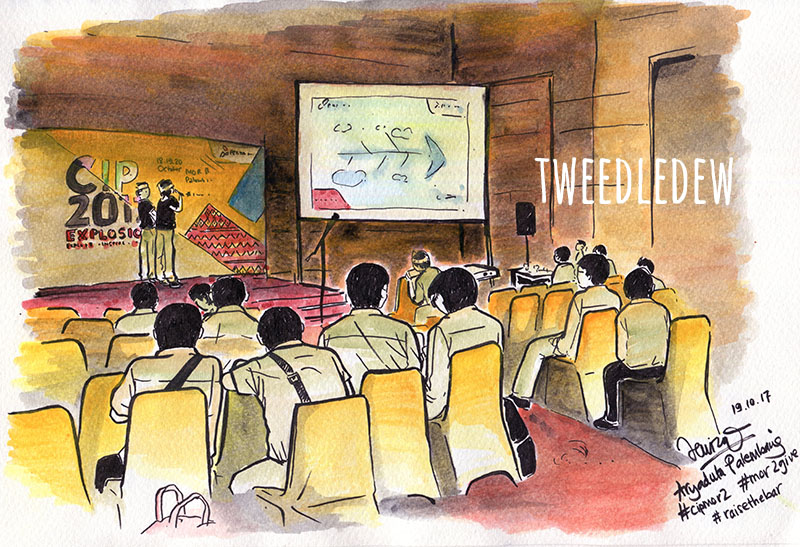 Oh and so you know again, I've been stagnantly here for 4 years now. So basically I've spent most of my entire career here in Palembang. And to be honest, it equals with, growing older (and wiser? dunno) here. Like my adulthood is starting and progressing here from 24 to 28 yo of my age (I'M THAT OLD, I KNOW!). Ah.. what is it with Palembang? Sometimes it feels bleak and empty. Especially when my mood is in some kind of juggling state. Up and down and up and down. Often it felt like it was gonna break into pieces.. but it didn't.

This city has became one spot of comfort zones. Four years is not a short period. If it's a relationship then it'll be time to decide whether we should continue or just cut it.

Of course it's never been an option for me, as a corporate worker whose the fate decided by those upper-level-men. But I don't know. I feel like I have a choice. By choice I mean I have another life to consider. The new one. (So basically it's not even a choice). I need to take a step and I know this time I won't be alone.
Posted by D. Isnaini Fadhilah at 9:23 AM