The latest Hollywood movie I saw was Afterlife, starring Justin Long and Christina Ricci as the main characters (it's actually played in Indonesia's theaters lately though the film itself launched in 2009).

Christina played as a disorientated girl who is so addicted to somekind of drug - aenesthetic maybe? - and without her drug, her life becomes miserable. This condition learned by Justin who played as Christina's boyfriend, made him more miserable. And in the day Justin decided to propose the girl, she suddenly had a dreadful car accident. She woke up in a corpse room and a pope told her that she had died in the car accident.

The girl didn't believe that she had died at first, but the pope tried his best to convince her so that she finally believed her own condition. Problem is, her boyfriend didn't accept his girl's death so he tried everything to find out. Well, whatever it was, the ending is really shocked - as we can expect from a horror/psychological thriller. Uhm..better find out yourself - No one likes spoiler.

What I can't accept from this movie is, why the pope taught his 'ability' to a primary school boy who had been devastated with his broken home-life? I think it won't be too late to change and keep our mind open, with all the positive attitude, of course. And this movie has a satire to tell about this pathetic fact. :/

Speaking of which, I find something interesting in this movie. It was the drug that injected by the pope to calm the girl down in the corpse room. The label said "Hydronium Bromide".

Well, I look it up in my text book and found nothing. And finally, after doing some search on the internet, they said the compound was fake! Yes, a fictious compound that makes the muscle inactive and caused inconciousness.
There is a compound which is likely to be what the film was meant to reffer to Hydronium Bromide. It's Hydrogen Bromide (hydrobromic acid). It is a strong acid with pKa a lil' bigger than Hydrogen Iodide, the most acidic halogenous acid. When solved in water, the compound becomes ionized as Hydronium ion and Bromium ion - hmm, that makes sense, right? The MSDS (Material Safety Data Sheet - the most important guide for a chemist ^^) said the compound is toxic and corrosive. It has a colorless gass physical appearance in the room temperature and may cause suffocating when inhaled. Err..so the 'hydronium bromide' isn't likely 'hydrogen bromide' after all? It's irritating my curiousity you know. Well, enough said. Enjoy the film!:)

I'm very realized that THIS blog is likely more personal, more artsy than it called. And graduated from a chemistry department doesn't mean that u'll be a CHEMIST in the end. This is the real me, artsy-er than it said, and no longer a chemist. :)

I think it never be too late to say our deepest condolences. I love Japan including her animes, cultures, and fashions. 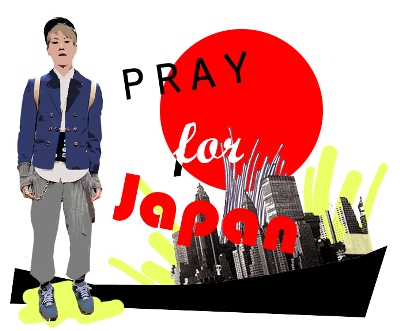 BE STRONG JAPAN!!
Posted by D. Isnaini Fadhilah at 10:30 AM No comments:

Email ThisBlogThis!Share to TwitterShare to FacebookShare to Pinterest
Labels: Illustration

Well, this may be isn't a new game, but I find it a worth to play one. It's a classic RPG, if you ever played Aveyond, then I think u'll like this game. I haven't finish this game yet, and really looking forward to finishing this game - a real gamer will think about his game too much before he finished you know. 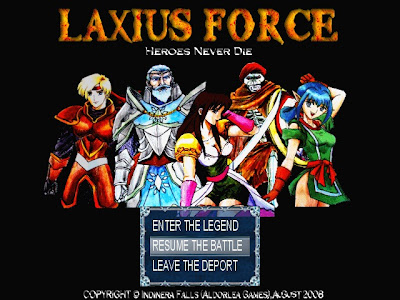 The title screen.
The title says "Laxius Force". The game so far tell us about two lovebirds which are heroes and need to save the world (cliche, I know). U should play yourself and see how interesting this game is. But! I should warn you that this game contains a few mature conversations. Looks like this game designed for teenager and older. ^^ 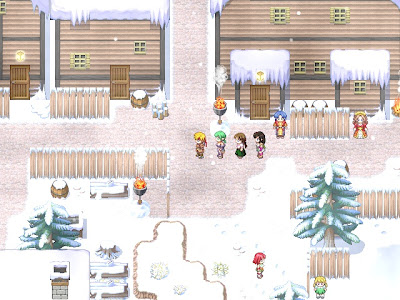 The view of the game in Mt.Deenera. 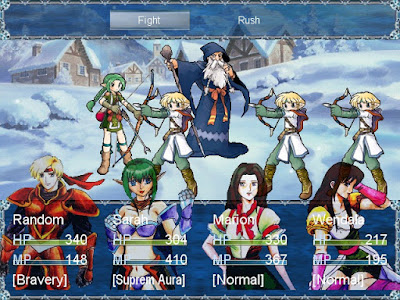 The combat screen.
My problem so far is, I couldn't retrieve the spark-whatsoever-crystal which is instructed by the witch and so important for the rest of quests! All because my heroes' level isn't high enough yet. Hmh. Kinda stressed.
See the walk through here.
Posted by D. Isnaini Fadhilah at 11:03 AM No comments:

Email ThisBlogThis!Share to TwitterShare to FacebookShare to Pinterest
Labels: to Play

From "The Sorceress, The Secret of The Immortal Nicholas Flamel series" by Michael Scott.
Posted by D. Isnaini Fadhilah at 10:38 AM No comments:

Between Life and Tale

Life is like play hide and seek. You can never stop worry when you hide, and you cannot stop being frustrated when you seek. Life also provides so many choices we could take or just leave. And somehow when you feel that many choices there are, not any of them fit you perfectly, you wish that you were life in a fairy tale, a place where everything ended ‘happily ever after’. 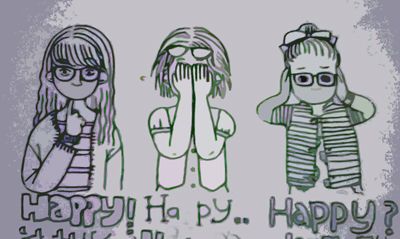 But then you forget about something: that ‘happily ever after’ term just implied for the so called Cinderella, or Snow White, or Belle, and their friends. Yeah, there are the main characters, the good ones, not the bad or so - so ones. And you also realized that you ARE not the main character. You’re just an additional in your own life - well you even haven’t had any life from the beginning, though. 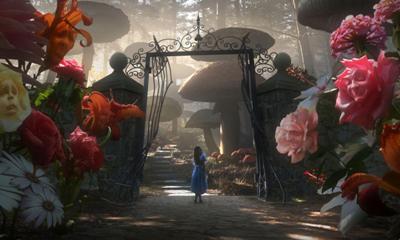 So in the end, you crave your old life – the real one, where no matter unimportant you are, you still able to have your own life. You will never have to worry because this kind of life wouldn’t refuse to accept your existence. You will realize that the life won’t reject you even though its people will. So don’t be afraid, there’s always a place for you. No need to prove anything to anyone. Just live the life. And also believe in God. Be thankful. 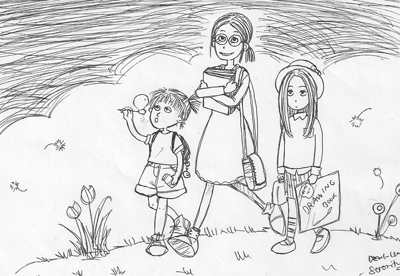 Posted by D. Isnaini Fadhilah at 10:32 AM No comments: